Ah, yes, the dear old European Union. Led by Emmanuel Macron's France. See also the response of Justin Trudeau's Canada. So much for the liberal "resistance". The gall of Macron is astounding, even by his standards. On the principles being cited, there is more of a case for intervention in France than there is for intervention in Venezuela. And since Maduro is a Russian ally, so much for the practically canonised assertion that Donald Trump is a Russian plant or puppet. Not for the first time, how is that working out for Vladimir Putin?

Trump has sent out Mike Pence to do the talking, but we all know that, just as he is busily arranging for his dynasty to supply a dependent world with North Korea's slave-dug coal deep into the twenty-second century, so he intends the same for Venezuela's oil. We need a huge expansion in civil nuclear power, and we need to return to our own vast reserves of coal, as the twin pillars of an all-of-the-above energy strategy.

This is what we have a State for, even if you believe that the only purpose of the State is national security. If Russia really were our enemy, then it would simply turn off the gas. Russia is not our enemy. But it could be, in the future. Anywhere could be, in the future. And some places already are. Our dependence on Saudi and other Gulf oil is the national security disaster of our age.

Speaking of Saudi Arabia, notice that Maduro has to be overthrown now that he has agreed to supply oil to the Palestinian Authority. Imagine if there were Arabs with oil, such that the Palestinians did not need to go looking for it on the other side of the world. After all, those oil-rich Arabs would hardly be allied to Benjamin Netanyahu's Israel. Would they?

Saudi Arabia, with North Korea one of the two most repressive regimes on the planet, is the financial mothership of the liberals and of the official Right alike, for all the latter's alleged populism. One rarely hears the expression "white trash" these days. But the phenomenon is alive and well, and it gathers annually in the Alps. 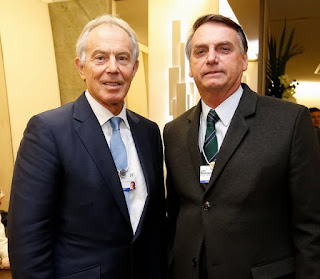 While devotees of either depictee are digesting that one, the rest of us may ponder everything that it represents. One of these men is the only Leader acknowledged by most Labour MPs, and the paradigmatic Prime Minister for not a few Conservatives. The other is the Leader for whom many other Conservatives long, while support for the putative coup and the coming war in Venezuela amounts to support for him personally on the part of everyone, including Labour MPs and liberal journalists, who support that coup and that war.

Another hung Parliament is coming, however, and we need our people to hold the balance of power in it. I will stand for this seat of North West Durham, if I can raise the £10,000 necessary to mount a serious campaign. Please email davidaslindsay@hotmail.com. Very many thanks.
Posted by David Lindsay at 12:43 pm