Five years ago, almost to the day, long before Her Majesty's Pleasure knocked three stone off me in as many months. 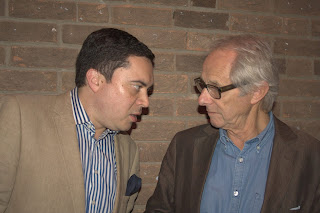 At whom is the expulsion of Ken Loach aimed? At best, anyone who might approve of it might have been shown Kes while doing A Kestrel for a Knave at school. But no one in this stunt's target audience has ever heard of Loach himself. They are people with money and certificates, but with little education and no culture. Margaret Thatcher. Tony Blair. Keir Starmer.
In the unlikely event that anyone were now to try and join the Labour Party, then who, exactly, would be permitted to do so? The Democratic Party waged the Vietnam War, repealed Glass-Steagall, signed up to NAFTA and GATT, pioneered mass incarceration, and restored the federal death penalty. The last two were very largely the doing of the then Senator Joe Biden.
The Democrats' control of the South from the 1830s to the 1970s makes them the most successful white supremacist organisation in human history, and the Southern wing's resistance to desegregation found an ally in Biden, who notably opposed bussing.
Yet on grounds from infrastructure spending to Afghanistan, Biden's application for Labour Party membership would now be rejected. On the first grounds, so would Mitch McConnell's. On the second, so would that of every seriously mooted candidate for the Republican Presidential nomination in 2024, and so would Donald Trump's.
Like so very, very many of us, Ken Loach is lucky to be out of the Labour Party. Like so very, very many of us, he is now free to get on with politics instead.
Posted by David Lindsay at 7:48 pm