A subject is obviously neither "useless" nor "unemployable" if it is the Prime Minister's only degree. And a language is dead only when there is no one left alive who can understand it. But the purpose of teaching Classics is not Modern Foreign Languages; that is the purpose of teaching Modern Foreign Languages. The purpose of teaching Classics is Classics.
On the absolute centrality of that to working-class culture and self-organisation, which have declined markedly since what was in practice mostly Latin has been excluded from state schools, see Professor Edith Hall's and Dr Henry Stead's magnificent A People's History of Classics, on which Professor Hall writes here, and which has this beautiful frontispiece. 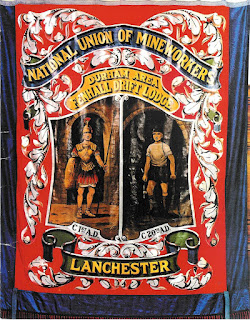 Posted by David Lindsay at 7:57 pm